Doing It Alone? I Wouldn’t Go There.

I was introduced to this story about doing it alone in the book The Energy of Money, by Maria Nemeth and felt it was worth reprinting since it really is about building and depending upon your team.  If you’re thinking about doing it alone, I wouldn’t go there. 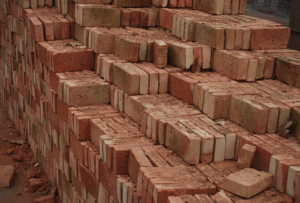 This is what an injured brick layer wrote on his insurance form after he tried to move 500 pounds of bricks from the top of a fourth story building to the ground below:

It would have taken too long to carry the bricks down by hand, so I decided to put them in a barrel and lower them by a pulley which I had fastened to the top of the building.

After tying the rope securely at the ground level, I then went up to the top of the building. I fastened the rope around the barrel, loaded it with the bricks and swung it out over the sidewalk and untied the rope, holding it securely to guide the barrel down slowly.

But since I weigh only one hundred and forty pounds, the five hundred pound load jerked me from the ground so fast that I didn’t have time to think of letting go of the rope. And as I passed between the second and third floors, I met the barrel coming down. This accounts for the bruises and lacerations on my upper body.

I held tightly to the rope until I reached the top, where my hand became jammed in the pulley. This accounts for my broken thumb.

At the same time however, the barrel hit the sidewalk with a bang and the bottom fell out. With the weight of the bricks gone, the barrel weighed only about forty pounds. Thus my 140 pound body began a swift descent, and I met the empty barrel coming up. This accounts for my broken ankle.

Slowed only slightly, I continued the descent and landed on the pile of bricks. This accounts for my sprained back and broken collar-bone.

At this point, I lost my presence of mind completely and let go of the rope and the empty barrel came crashing down on me. This accounts for my head injuries.

The last question on the form says, “What would you do differently if the same situation arose again?”

The brick layer simply wrote, “Please be advised that I am finished trying to do the job alone.” 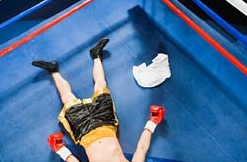 Moral of the story.

Maybe I’m the guy to be on your team and keep you from having to do it alone.  Maybe not.  But isn’t your career worth at least taking these steps to find out?